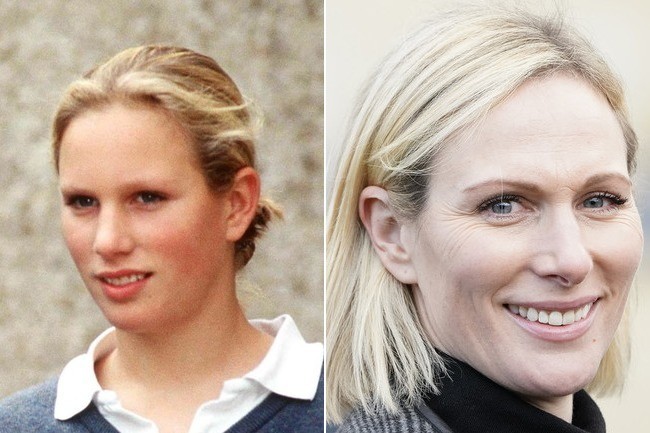 Zara Tindall
Back in 1990, Zara Tindall was a fresh-faced royal who rocked barely-there brows and neutral makeup. These days, the British royal is still seen with a natural look.  Zara is an accomplished equestrian and has won many awards over the years. During her equestrian career, Zara collected individual and team gold medals at the 2005 European Eventing Championship. In 2012, Zara competed in the Olympics on High Kingdom and won a silver medal in the team event. If you're wondering who presented her the medal, it was none other than her mother, Princess Anne!