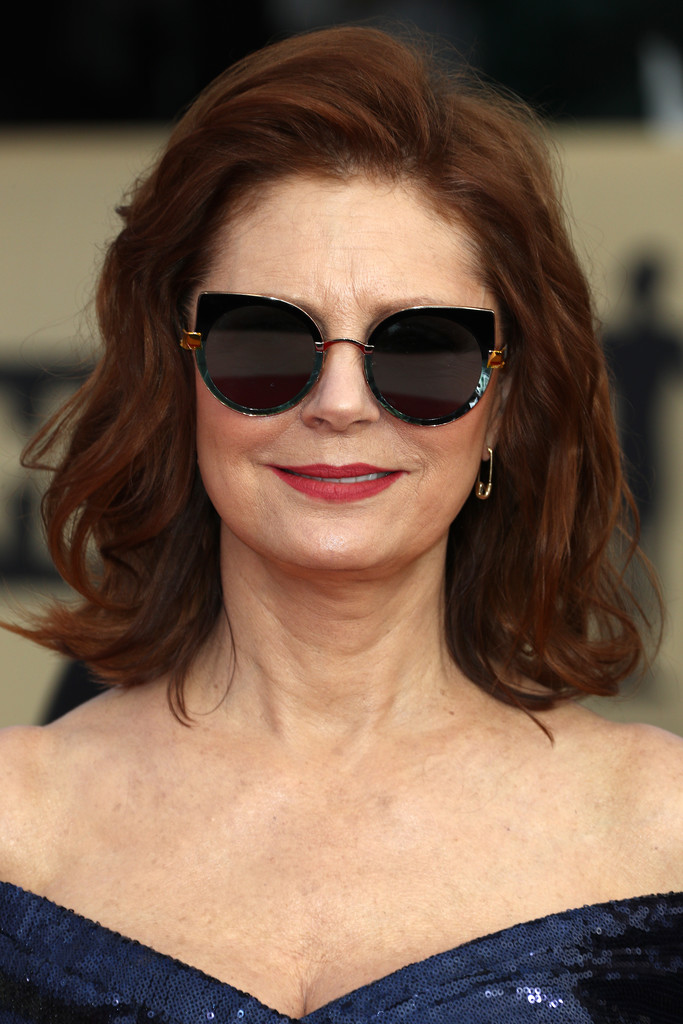 Susan Sarandon's Ladylike Waves
Susan Sarandon attended the 2018 SAG Awards as a nominee for her TV series, Feud: Bette and Joan. And although another actress walked away with the statuette that night, Susan was still a winner in our eyes. Just look at those messy-glam waves, which she teamed with chic cateye sunnies and a sequined off-the-shoulder dress. Definitely won the red carpet, in our opinion! The actress was already a septuagenarian during this event but between her luxuriant locks and enviable complexion, she looked many years younger. What are her beauty secrets? In an interview with British Vogue in May 2017, Susan revealed, "I’m shocked to be 70 myself! I keep thinking I’m younger, and I feel that inside...The secret - I mean, honestly, I think staying engaged and staying curious and having a good time is really a lot of it. And not smoking is really important. I think that staying hydrated and not doing anything too extreme, too…" Here's an interesting trivia about the ageless actress: She cuts her own hair. "All the time! I still cut my own hair, badly. I just hold it up and trim it. It’s a mess." Oh, we don't think it's a mess, Susan!