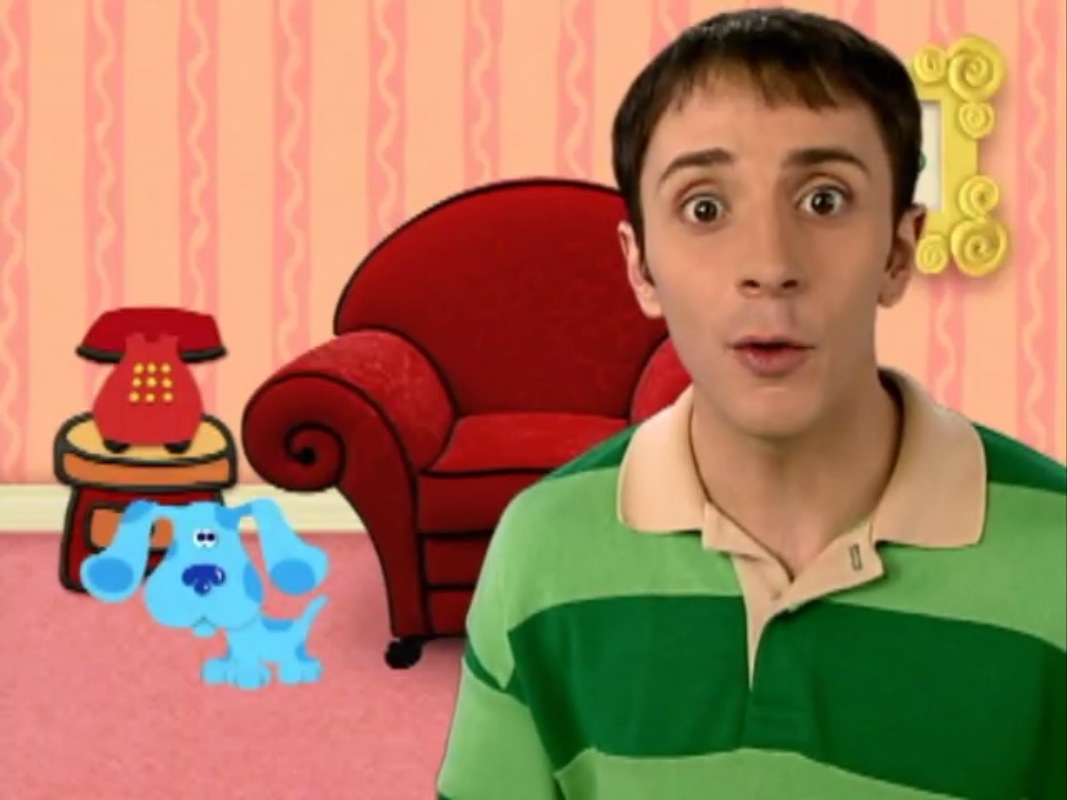 If you're a 90's kid, you've probably grown up watching Blue's Clues; it was one of the most popular kid's shows on Nickelodeon from 1996 to 2006.  The nostalgia will hit you every time you hear classic songs like "So Long" and "Mailtime." You'll also remember how you learned to draw basic shapes with the "Handy Dandy Notebook." Steve Burns hosted the show for seven straight years. He became a major celebrity among the younger crowds... and was even nominated for a Daytime Emmy in 2001. In 2000, he was named as "People's most eligible bachelors" alongside George Clooney and Ben Affleck. But in 2002, during the height of the show's popularity, Burns left Blue's Clues to "go to college." The actor turned 29 at that time and was replaced by a new host, Joe. Rumors immediately began to swirl that he died of a drug overdose, was a drug addict, or was killed in a car crash. None of these were true, to begin with. One of the main reasons why Burns left was because he was going bald... and he didn't want that to happen on national television in front of his young fans. He did have a full head of hair when he started Blues Clues in 1996. But over the years, his hairline started to recede. "I knew I wasn't going to be doing children's television all my life, mostly because I refused to lose my hair on a kid's TV show. And it was happening ... fast," Burns said during an interview on the Nick Jr. special. After exiting Blue's Clues, Burns embarked on a musical career. This had been a long-time passion for him... since he played in bands since high school. In 2002, he recorded an album, "Songs for Dustmites," backed by Flaming Lips' Steve Drozd and produced by the band's producer Dave Fridmann. "People are amazed it doesn't suck," Burns told The Observer of his debut album, which was released in 2003. In addition to performing on stage and recording albums, Burns has also continued to pursue acting through the years. These include a small role in the 2004 film "Marie & Bruce," starring alongside "Saturday Night Live" alum Darrel Hammond in the 2007 comedy "Netherbeast Incorporated," and starring in the 2008 oddity "Christmas on Mars," directed by Flaming Lips frontman Wayne Coyne.  This 2021, Blue's Clues fans who grew up with Steve never expected that he would come back with a viral video on social media... On Nick Jr.'s Twitter, he gave the fans the perfect closure... touching the hearts of many fans.

So about that time Steve went off to college… #BluesClues25 pic.twitter.com/O8NOM2eRjy

Sporting the same green shirt and hat as he did on the series, Burns then directly addressed the viewer in an unexpectedly emotional and validating way. "Look at you, and look at all you have done, and all you have accomplished in all that time. And it's just, it's just so amazing, right?" Burns said. "I mean, we started out with clues, and now, it's what? Student loans, jobs, and families? And some of it has been kind of hard, you know? I know you know."

far too old to be sobbing over blues clues and yet...here i am pic.twitter.com/Bw0jeNiSx5

On that tender note, Steve continued to thank those who watched him for helping him get to where he wanted to be in life. He said, "I guess I just wanted to say that after all these years, I never forgot you. Ever. And I'm super glad we're still friends." Burns ended the clip with a dose of light-hearted humor, saying, "You look great by the way. Whatever it is you're doing, is working."