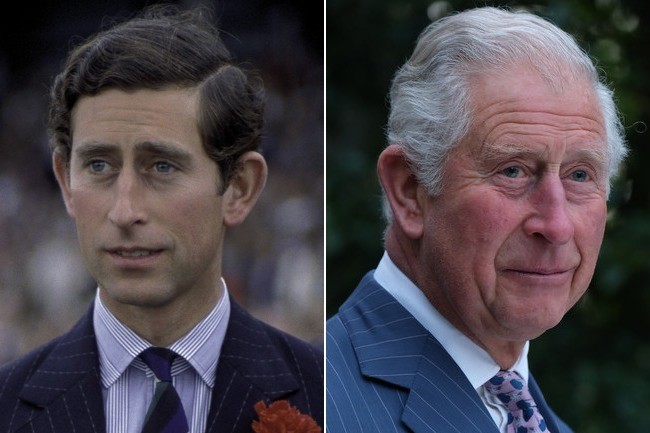 Prince Charles
In the '70s, Prince Charles styled his signature brunette locks in a classic side-part with slight waves. Decades later, the eldest son of Queen Elizabeth II and Prince Philip may have gray hair now, but he still styles it the same way! It's also clear his love of the color purple hasn't faded. Prince Charles, of course, had two children with the late Princess Diana: Prince William and Prince Harry. He is now a grandfather to Prince George, Princess Charlotte, Prince Louis, and Archie Mountbatten-Windsor.