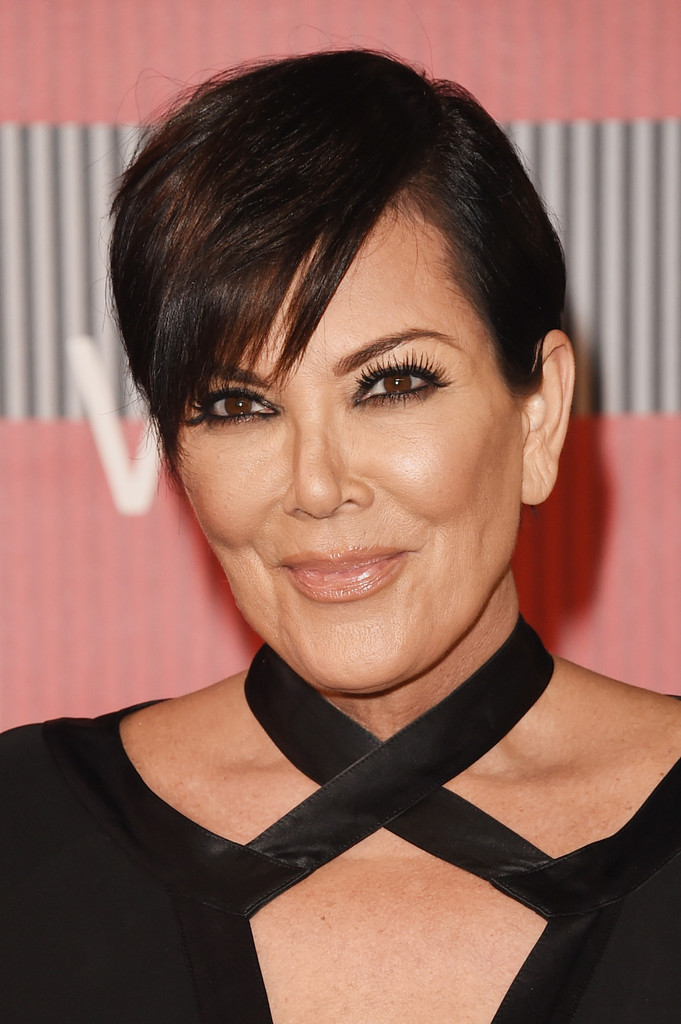 Kris Jenner's Side-Swept Bangs
In August 2015, Kris attended the MTV Video Music Awards sporting her signature short style with an emo twist to it, thanks to the side-swept bangs. The famous momager has worn this length and color for many years, varying only the style — sometimes it's layered and messy, other times it's neater like the one in the picture. At the 2018 Met Gala though, Kris surprised us with a very different look. She arrived at the famous Met steps wearing an asymmetrical blonde bob instead of her usual dark pixie. It was actually a wig, and Kris revealed it was her youngest daughter, Kylie, who came up with the idea for the look. In an interview with Allure, Kris' hairstylist, Jorge Serrano, said, "Two hours before we had to start getting her ready, I got a call from Kris herself asking me to shop for a blonde wig because Kylie thought she should be blonde, and she was right!" He continued, "The wig's length is long. It's also blunt with a slight A-line and a severe side part with a shade of blonde that is buttery and delicious." Of course after the gala, Kris was back to looking like herself with her signature short, dark 'do.