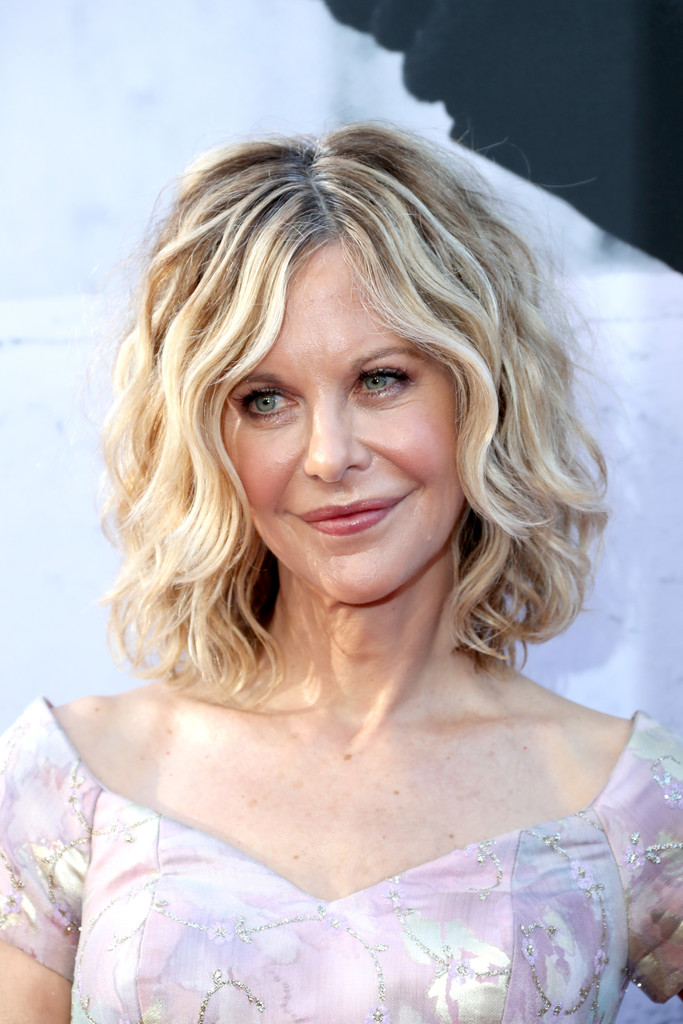 Meg Ryan's Signature Curls
Meg Ryan is known as much for her acting talent as for her curly locks. This picture was taken at the Life Achievement Award Gala Tribute to Diane Keaton in 2017, and the actress looked lovely as always wearing her signature 'do. It's such a famous hairstyle that "there were years and years when people would come to (Sally Hershberger, the stylist who originally gave Meg the cut)...and expect to leave her salon with the same cut as mine," the actress wrote in an essay on InStyle. Interestingly, she continued, "I got the famous haircut mostly by accident—in French Kiss I played a character stranded in Paris without luggage, money, or a place to live, so it was a stretch to think she had much opportunity to shampoo. Sally had to figure out hair that looked bad but sort of good all at once. While we were working it out during the camera test, she punctuated some remark she was making by pulling the curling iron way over her head. A sizable chunk of my hair had singed off and was still wrapped around the iron. She was left to scissor away until we got what we got." A fortunate accident, we must say!